Do you understand network DevOps? DevOps is a company software development idiom adopted to determine a type of flexible relationship among development and IT operations. The aim of DevOps is to develop and improve the connection by supporting better communication and collaboration within these couple of business units.

DevOps understands development and operations partners to enhance the collaboration method. A DevOps Engineer will operate with IT developers to promote greater coordination between operations, development, and testing functions through automating and streamlining these integration and deployment methods.

The top 5 programming languages for DevOps are as follows

Go lang
Go made its public introduction in 2009 it came into presence when DevOps was becoming a thing, as a consequence, Go and DevOps have developed side by side in several aspects, GO is an extraordinary choice for DevOps for various reasons, Go is built on C, offers excellent performance, GO was also created to take the benefit of concurrency, even though it is a compiling language it is GO is portable one does not have to worry about dependencies when compiling the GO language and can build them quickly.

Python
As a scripting language python is pretty beneficial for managing infrastructure, but don’t lower pythons usefulness as an application programming language The huge libraries of openly accessible Python modules make it effortless to get up and running speedily with Python without having to write irrelevant code by yourself.

Python also emphasises solid programming practices within its stylistic specifications, which serves to guarantee that code composed by an individual person will be understandable to another, an essential characteristic in a DevOps atmosphere, where visibility is deemed to be constant.

Ruby
If you like python then no doubt you will love ruby similar to python infrastructure management is the primary use case for Ruby also similar to Python, Ruby profits from a wide selection of community-produced modules that anyone can include within applications to combine functionality without ought to write innovative code themselves.

Scala
It is difficult to write an article about the top programming languages for DevOps without considering Java at any point. Java is the world’s most popular programming language. However, for my capital, Java is not perfect for DevOps. Java applications are not especially fast. Achieving Java runtimes can generate a mess for naive users. additionally, it is simple for a programmer to enhance overwhelmed immediately by lounge Java code that someone else wrote.

So, alternatively of recommending that you utilise Java for DevOps, I will suggest its partner, Scala. Scala was created to be everything that is the advantage of Java, without the critical parts. Scala is object-oriented, which makes it effortless to build a modular codebase. Scala code manages to be many disinfectants and more economical than Java, which serves various developers work on the identical code. And as you can import Java classes and libraries into Scala applications, you can take benefit of the huge library of Java functions when you require to.

Performance-wise, Scala usually won’t do extremely better than Java. That is obviously the most significant downside of Scala. You additionally need a Java runtime to execute Scala applications, which is not perfect. But, if you need to do DevOps and Java is your favoured programming language, use the time to develop yourself Scala and utilise it instead.

C
C is one of the oldest programming languages that is still in popular use today it is predating DevOps since decades C does hold its disadvantages in a DevOps context. Application binaries generated from C code are not really portable, even though the code itself is except, of course, yourself the advantage of C’s capability to facilitate low-level communication with hardware, which is an excellent way to make your C applications not really portable at all. That is not a DevOps familiar method of using C.

C also was not created for object-oriented programming, so it is not a great choice if you want to compose highly modular code. In that matter, C’s brother, C++, is an excellent solution

What is network DevOps?

Network DevOps refers to the approval of DevOps culture and policies in network engineering and processes. It represents a decision for network automation including “network as API” thoughts, simultaneously with constant development, combination and deployment of novel networking technologies. This methodology follows including an “instrument everything” comprehension that endeavours to programmatically implement network execution metrics behind typical networking organisations to a wide audience including network engineers and also network operations organisation.

DevOps for networking has evolved in the circumstances of IT and production organisations adopting DevOps and rapid development using different programming languages. While software development companies seem to work more collaboratively and in a constant process of the development stage onwards, network organisations that are secured in a more standard and siloed way of functioning become more difficult. Any network administrator or service provider working to keep that sort of activity can just do so within the systematic presentation of automation principles provisioning, configuration, testing, version control and deployment of application including network services. Multi-vendor Software Described Networking environments provide for more active implementation of innovative capabilities versus standard hardware solutions, thinking it more relevant to utilise configuration management and also constant delivery.

Continuous delivery the application of automation for code modifications, testing and release is at the core of productivity in the world of Network DevOps. Automated configuration administration can conserve time by producing key processes more agile and more repeatable with more limited IT operations on management.

Continuous monitoring Gain operational penetrations for both app development and also operations of the continuous stream of information within the Network DevOps method. While enduring network data such as NetFlow, sFlow and IPFIX are important for controlling internal networks, especially microservices architectures, effective monitoring is required to accurately monitor beyond external network mandates.

The speed of the modern business environment and the growth and increasing complexity of the network is putting pressure on operators to automate network operations. Automation enhances operator coordination and results in a more anticipated, reliable network. Telcos can take their inspiration from the extreme automation practised in the cloud and the DevOps culture and large array of tools this is producing. As the network itself becomes “cloudified,” this culture and a DevOps set of tools become highly relevant to operators and, specifically, to their network engineers.

However, operators must understand the limits of DevOps tools and the particular challenges involved in automating the network. Automating the hybrid network or a virtualized network with multi-tenanted VNFs used by more than one customer-facing service requires the scripting of runtime configurations, which are very different from the static, template-based configurations created for IT applications. To automate the network fully, operators will need to cultivate a hybrid form of DevOps, which brings the automation capabilities of service orchestration tools into the DevOps mix.

Heavy Reading expects that a growing number of operators will seek to climb up the automation maturity curve as they embrace network programmability and SDN and NFV technologies. They will put in place automation programs that encourage an extreme automation mindset, add coding to the skillsets of network engineers and begin to turn engineers’ craft knowledge into repeatable, managed and eventually, optimized, automation scripts. This is a marathon journey that requires organization-wide governance and planning to determine what should be automated and when. Leading-edge operators have already started this journey and are beginning to reap rewards: those who resist risk becoming uncompetitive in their ability to deliver network-based services. 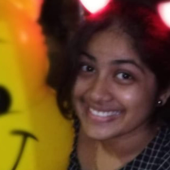 Yamuna works with mindmajix as a technical content writer. She loves to write on technology and share her thoughts on technical blogs and technical publication websites.

Find out more about @yamunakarumuri