The mobile applications that we constantly check would not have been possible without a software checking procedure. It is integral to the software development process and also greatly influences the customer experience. Additionally, the software testing procedure is mandatory since it is responsible for ensuring that the users do not encounter any bugs or pain points.

Initially, developers maintained dominance over this area. However, it is slowly moving its direction from human guidance towards full automation. With the AI being the major player in the field, it also means that the chances of encountering errors will be significantly lower than with human testers.

According to the World Quality Report 2018-19, ensuring end-user satisfaction will be the main goal. This can only be achieved by automating the entire testing procedure. Of course, this shift will have major implications on the testing procedure, some of which are mentioned below!

Jason Arbon, the CEO of AppleDiff, believes that a time will come when developers would laugh at the practice of manually testing the software programs. This means that AI would have either replaced or evolved certain tools in a bid to make the testing procedure quicker than it already is.

Today, AI and machine learning have considerably replaced various manual tools as they are able to analyze the software for its efficiency quicker than humans. The time that the testers take to test software, is the time in which the AI not only tests but indicates the problematic areas and provides a solution. Because of this, many tools are either modified to partner with the machine learning software or are being replaced altogether.

Even without AI, various testing tools are evolving at a rapid pace. Bearing this in mind, now the developers rely on tools and applications that make it easy for them to point out the defects in the software. If manual testing is delivering the result in a few hours, then AI would supply with multiple results during the same time. This ability is compelling companies to ditch human testers in favor of AI and machine learning. However, there are various individuals who would be hesitant to let AI take control over their testing procedure. For such individuals, companies have come up with the perfect solution in the form of AI-led quality assurance. The idea behind this solution is that a company will utilize your existing data to pinpoint the weak points.

This AI-led quality assurance along with the ReTest (an AI for testing Java Swing applications) may compel individuals to consider their involvement in the testing phases coming to an end. Of course, with the integration of the AI, human testers will be less and less required to implement, test and analyze results. However, this does not mean that people’s control over the testing would come to an end. More on this down below! If the entire testing position heads over to the AI department, then humans will be required to assume the supervising position. Generally, AI performs exceptionally well at everything. However, it cannot do so without a set of guidelines fed into its systems. Without certain directions or guidelines, AI would not be able to differentiate between the correct and incorrect codes.

This condition is called The Oracle Problem which states that AI is useless without a set of rules that would guide it in the right direction. Without a system telling AI between what is right and what is wrong, AI can easily lose its advantage. In other words, if AI does not know the criteria for better software, then who does?

The encountering of this dilemma means that human supervisors will be required by the AI-testing departments in a massive amount. Moreover, individuals would be required to define the criteria, maintain the test patterns and supervise those tests to ensure that the AI is working fine. However, assuming and maintaining this position would not be easy since individuals would require to master the data science skills. Deep learning of all the codes of the software would also be required to feed into the AI to help it differentiate between working and problematic aspects. Artificial intelligence has made software testing extremely efficient. With this, humans will lead test automation positions by analyzing and teaching AI to perform the testing procedure with accurate results.

In today’s software testing world, 70% of the testing is carried out with human labor. With the advent of AI, it will overtake the human’s position, but the rest of the 30% would still require human touch in the form of guidelines and criteria for software testing by AI.

Although, automating the testing procedure is the next biggest thing but it will never be a total replacement of humans as someone would still need to overlook the performance of AI. The lack of resources, the time limitation along with limited financial funding makes it difficult for software testers and developers to deploy the software on a timely basis. On the other hand, total automation means that the procedure of software testing will be achieved in record time. This method will save money and time. Also, relying on AI would mean that the software errors and issues can be identified without draining the available resources.

AI has its fair share of advantages and benefits. However, the biggest benefit that overshadows the human workforce is its ability to provide output in record time. Because of its ability to analyze and process data at a faster pace, it is only understandable why many companies are willing to automate their testing procedures much quicker than expected.

With the current advancement in the AI and its machine learning abilities, the time is near when companies will not hire PHP programmers for building software programs. Just like the testing procedure, who knows when the AI overtakes the developing process as well! 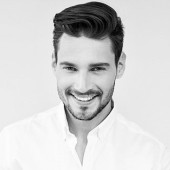 Find out more about @ishawnmike

One Response to “5 Ways AI Will Change Software Testing”