What do you predict as the future of mobile web app testing? With an increase in Global mobile users, mobile app developers & testers are becoming more focused on ideas on how to improve the application. This evolving environment is ensuring that software testing becomes more challenging. Mobile application testing places emphasis on the quality and performance of mobile applications, thus making their products more successful.

What are the things to check when carrying out mobile testing?

The four cardinal aspects that ought to get checked when testing a mobile application include compatibility testing, functional testing, performance testing, and connectivity testing.

Functional testing entails testing the mobile application for the gesture, screen orientation, memory usage, and push notifications. With compatibility testing, the application gets tested to check the device compatibility of the app on devices.

Connectivity testing entails testing the app with diverse mobile connections and without a network connection. Finally, performance testing deals with assessing parameters such as resource usage, speed, and response time.

The technology behind Software testing has become complex due to constant change in Software updates. Experts in this field need improved knowledge levels to improve the process of Software development. Here are a few important things regarding the future of web and mobile app testing:

Checking different aspects of an application

There is a need to carry out back-end and front-end testing of apps as far as the future of mobile application testing is concerned. Quality Assurance checks are a vital aspect of web-based app testing at both API and UI levels. There is a great among testers to increase in skill as regards the use of different tools in the different segments of an application. Testers ought to be able to carry out tests for different test scenarios at a quick rate while using the ideal app testing tools.

The use of Machine Learning and Artificial Intelligence and machine learning

The use of Machine Learning and Artificial Intelligence for testing progressive web apps is becoming a trend in the industry. Even though the methodologies are still obtainable in the market and software testing companies are implementing them, there are still several grey areas that should get addressed in this regard.

What is the role of Quality Assurance in the mobile app development stage?

With the dominance of DevOps in the software sector, the divide between software testing and development ought to get bridged to optimize products. Quality assurance teams ought to be a part of the developmental stages of the application. Mobile application testers ought to be more consistent and cohesive in their efforts. They should also be very focused on appraising the software before it gets launched.

A need for skill upgrade of IoT testing

From Smart Devices, Virtual reality to mobile phones, the trends relating to the Internet of Things requires an increased mobile app and web testing. With a projected exponential increase in IoT devices, there is a great need for testers to upgrade their skill set for greater effect. The IoT devices ought to get tested for accuracy, functionality, security, and reliability. These and more make the task of software testing difficult.

It is becoming clearer that mobile and web testing needs more test automation. One unique benefit of test automation is that it makes sure that there is quicker delivery of optimized applications that improve the success chances of the organization. Regardless of whether you are an active part of the development or quality assurance team of an organization, there is a great need to upgrade skills.

Improvement in skill will translate to the production of better products. Speaking of skill, it might be worth thinking about how you go about hiring mobile app developers and testers. We live in a digital era where testers need upgrades in their skill while working on incorporating quality assurance as a component of software development. The growth of mobile application development will translate to increased successful mobile applications in the future. 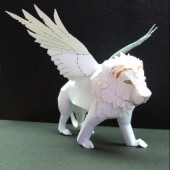 Venkatesh is a serial entrepreneur with a distinct passion for taking nascent businesses to great heights. An early entrant in the mobile application technology, Venkatesh grew his flagship company, Dot Com Infoway (DCI) to be recognized as one of the world’s leading digital marketing, web, and mobile app development & marketing company. Additionally, Venkatesh is the Co-founder of Magzter Inc., the world's largest and fastest growing cross platform global digital magazine store. An inspiration to all DCI teammates, Venkatesh drives multiple businesses and priorities with uncanny ease and enthusiasm. He is often heard saying, "Everything is possible, especially the impossible,” to his colleagues. Venkatesh is one of the select 200 members of the Indian Angel Network who frequently invests into select startups. A dedicated Rotarian, he is a mobile game addict and loves to travel and meet new people.

Find out more about @venkateshc-r