So you want to learn computer programming? Whether its to expand your own skills, change what you do or move to a different career, programming can be one of the most rewarding roles.  One of the most crucial decisions you will have to make from the beginning is the programming language to learn. You have the option of ruby or python.

While you may learn both languages at the beginning, you will be required to specialise in one so that you can tackle projects effectively. To start, you can see the work of Ruby on such websites as Airbnb, Github, Kickstarter, and Hulu. On the other hand, Quora, Spotify, YouTube, and Google use Python. Notably, both languages produce excellent results. However, each has unique capabilities that make it more appropriate for one type of website and not the other. Let us dig into the differences and similarities.

The design means that python requires minimal lines to complete a project. The developers emphasise readability and simplicity. Such focus has made it a favourite language for beginner programmers. To understand Python better, here are features you can expect to see from projects developed on the program.

Ruby is an open-source programming language with the support of the programming community. The language is purely object-oriented. Developers are encouraged to first write for humans before thinking about computers.

Because Ruby is open source, it runs on all gadgets including iOS, Linux, and Windows, among others. Get the best online essay proofreader to polish your paper in readiness for submission.

The battle between Python and Ruby will be decided by your desired journey as a developer. The kind of programs you would want to develop, collaborations you would desire, and your ability to learn. 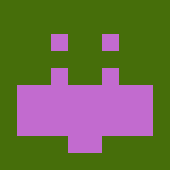 I'm a journalism student from Toronto, working with an essay writing service as a writer. Ьy main areas of interest are programming, web design, philosophy, and child psychology.

Find out more about @jack-lee