With this article I would like to share some tips and tricks on how you can build an awesome team with only 10 strategies. I will explain this in the context of building up my own team, which is divided over different sites, but it resonates throughout the company after only one year.

The first thing I did as a QA manager, was talking and listening to the QA engineers that were already there. Understanding the problems they faced and listing solutions to those problems helped to tackle them one by one. I did not make empty promises about solving problems but made sure that the QA engineers were heard and not moved to the sideline. Next to that, I got to know the product, processes, stakeholders, company culture etcetera. This context helped me to resolve the problems one by one.

Show that QA matters. We are not just testing the product. We do so much more, such as requirement testing, proactive communication, automation testing, generating ideas for the product, bringing people together, improving the process, speaking about problems, creating visibility, …

Of course, key in all this is attracting the right people to do the job. Involve the team and learn from the interviews. Find a good balance between attracting people that want to grow and people with experience.

Empower the people around you. Help them to grow and let them grow on their own. Advise them, give them responsibilities and watch how they flourish. Trust them and let them go. They will give the company a lot in return.

Be proud of the achievements

Spread the message to other teams. Share what the test team is doing, creating, inventing, testing, planning, etcetera. Do marketing and create visibility inside the company.

Learn by doing and talking. Encourage the team to bring up new ideas and let them try something new. Ask them to present their idea in the group so we can discuss and decide as a group.

Create an open debate culture in the team and make sure everyone is heard. All team members need to feel that their opinion matters and can make a difference. Do not only listen but act on their ideas and propositions. Not only listen to them but also do something what the team is proposing.

Testing is about learning, but also about making mistakes. The best testers are those who know what to learn from those mistakes. Take every opportunity to do so.

Turn and face the criticism

Many managers forget to do this. Be available for feedback and embrace criticism. Say thank you for the remarks and address them appropriately. Face the problems and look upon them constructively.

Keep it casual and relaxed from time to time. Tell some jokes in QA meetings, cook with your team, ask who did something special over the weekend. The best you can do to make this work is just being who you are and not putting a mask on. 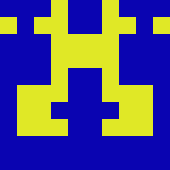 Thomas Noë is an energetic and passionate test professional with over 10 years of experience ranging from hands-on operational testing to test management positions. He graduated as a Bio-engineer in 2006, but was given a chance to tast from the testing world. The following years he saw different approaches across several industries such as utilities, telecom, financial world, online payments and data governance. Step by step, as he moved from tester engineer to test coordinator, test manager and QA manager, Thomas improved both from good and bad experiences his test know-how, his planning ability and his people skills.

Find out more about @thomasnoe