I have worked with statistical methods in testing since before the millennium, when I used it for determining quality of six-digit date updates (or in fact since when I studied Atomic science for a while)… It has really helped me to know well enough if something is good enough.

Did you know that we only need about 50 test samples – not even test cases – in the largest possible system – to be able to tell, at a 99 % confidence level, if it is good enough (to at least 99 % extent, to be precise)?

Thus, in spite of the general view that we can´t work faster in test, there are alternatives to full scale, traditional tests. My suggestion is to use sampling, at least when we expect:

This means that sampling can be quite efficient in testing, where we often have large amounts of test cases to run and verify, as well as many items to write test cases about.

It can even be an alternative to test automation in e.g. agile development! Or when we just want to have an opinion very quickly about a huge requirement specification, or …

Also, it helps when we want to express ourselves in a way that makes the Project Leader happy: we don´t talk about number of level 2 bugs found, we say that we are at least 99.8 % sure that this system works well enough (and if he wants to know what ‘well enough’ is, it is to 99.8 % extent, because that is comparable to the SLA for the servers, etc.). Thus, we take a step up in the value chain, delivering news in a way that the steering committee would understand…

This is not something new, either; it has been used for decades in the hardware industry. There are standards (ISO 2859, ANSI/ASQ Z1.4, MIL-STD-105E (for free!)) – but nowadays we can get the calculations done online:

So, what is the gain?

However, utilized in the right way, I consider this a very good complement to other techniques. Not least because it gives us hard figures to point at, in a very cost efficient way. We know where we stand – and if we need to dig there. 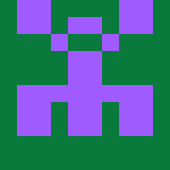 Worked with Test and Quality Assurance for over 25 years, as employee and consultant, primarily as a TL or QA in large projects. Favorite area: Statistical methodology.

Find out more about @fredrikc