Many failures I see with automation are not caused by technical issues, but rather by a company’s cultural issues.

In software testing, there’s a common discussion about who should own the responsibility for creating, designing, and maintenance. Most teams have developers writing software and running unit tests to get immediate validation on their code. Simultaneously, the QA team is responsible for functional and non-functional testing. This arrangement will work well while the application is simple and small. As functionality grows in volume and complexity, the serious questions must be answered. You’ll face the question sooner or later.

In complex applications, functional testing plays a crucial role in strengthening the quality of the product. To automate the functional testing you will need to assemble a dedicated test team. It is important to match the skills of the persons on your team with the responsibilities of their role. For example- although the type and level of skill may vary depending on the automation approach- developing test scripts requires a good knowledge of programming. A team leader must have control over the workflow of the team members.

Following are suggested team members with their responsibilities:

The team leader is responsible for developing a test plan and managing team members according to it, as well as coordinating with other areas to accomplish the test effort. The team leader must have the authority to assign a task and control the workflow of those who are team members.

Test developers are expert in application functionality, responsible for developing test cases, executing them, analyzing and reporting the results. They should be trained on how to develop tests, whether as data records or as scripts and use test framework.

Script developers are expert in the testing tool, ideally with the programming language. They are responsible for developing and maintaining the test framework and supporting scripts and publishing the Application map.

The Test librarian is responsible for managing the configuration, change and version control for all elements of the test library. It includes defining and enforcing check in and check out procedures for all files and related documentation.

Development liaison is responsible for providing unit test cases and informing test librarian about any changes to the application. The development liaison must ensure that components/builds given for automated functional testing are properly unit tested. Even though the Development Liaison may not be a dedicated part of the testing team, he or she must have dotted line responsibility to the test team to assure the software is properly unit tested and delivered in a known state to the test team.

The Systems Liaison represents the system or network support group and database administrator. He or She is responsible for supporting the test environment to assure that the test team has access to the proper platform configuration and database for test execution. The Systems Liaison must also inform the Test Librarian of any changes to the test platform, configuration or database.

The Customer Liaison represents the user community of the application under test and is responsible for final approval of the test plan or any changes to it. Also, he/she works with the test developers to identify test cases and gather sample documents and data. Even though the Customer Liaison may not be a dedicated part of the testing organization, he or she must have dotted line responsibility to the test team to assure the acceptance criteria are communicated and met.

Not all QA teams are alike. It’s necessary to adapt to company culture, resource availability, budget constraints, and different application types. Many teams have to work through a transition period of having two groups – one for manual testing and the other that focuses on automation. If you keep your eye on the ideals, you can eventually cultivate a team of testers that are all fairly proficient at some level of automation and test code maintenance. 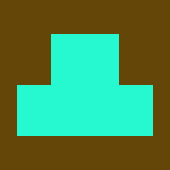 Tech consultant with focus on Testing and Quality Assurance.

Find out more about @kalpeshdarji