IOT or Internet of Things, refers to millions of devices present all over the world that are connected to the cloud via the Internet to share and collect data. IOT has rapidly transformed the manner in which people used to communicate and perform business. This is definitely a huge robot that comes along with many advantages. With the introduction of IOT technology it has become prevalent that we all reside in a highly digitalised world.

IOT devices collects an abundant amount of statistics and information and passes them in the form of data. IOT connectivity refers to the term that defines connection between every point in the ecosystem of IOT like sensors, routers, gateways, platforms and various other systems and devices using the Internet.

We all know about the complexity of wireless connectivity. Due to this complexity, the information cannot be sent and received seamlessly from cloud, device, infrastructure and applications. Thus, this is one of the biggest challenges of IOT. Also, wireless connectivity being too complex, the operations get even more complicated when device deployments have to be done. Yet, despite the environments being very tough, IOT devices tend to work consistently without fail.

Wireless standards are evolving constantly that make wireless connectivity even more complex. Hence, the engineers need to be updated so that the IOT devices can operate flawlessly throughout the network.  Engineers have to face challenges as it is not possible to keep a pace with the fast-evolving technologies.

The IOT market size is growing exponentially. This implies that the bandwidth-intensive IOT (Internet of Things) apps like video streaming are soon going to struggle for room on the current server-client framework of IOT. This will happen because a centralized server is used by the server-client framework for authenticating and directing traffic on the networks of IOT. If the network is connected with a lot of devices, then there is a possibility that the network will have to struggle hard to stand the load.

Test and design solutions are the ways to solve the connectivity issue of IOT devices. The reason behind this is that they are highly configurable and flexible as well as can be upgraded whenever required so as to meet the future needs. The IoT companies must carefully examine all the providers of IoT connectivity and choose the one that has a strong innovation and service record. The feature such as smart switching between MNOs (mobile network operators) is very useful to create a user-friendly and a more unfailing IoT product.

LPWA, the acronym of Low Power Wide Area technologies like Sigfox, LoRa, LTE-M and NB-IOT have been introduced to the market to which IOT devices can be connected. These technologies enable the IOT devices to operate actively while consuming low power.

The designers who are into integrating components of processing, sensing, communication and control into the final product should have a complete knowledge on the behaviour patterns of peripherals and how much power they consume. They should also optimize the firmware of the so that the operation can be simplified and the consumption of power is reduced.

There are many businesses that have already embraced IOT, still there are many who are waiting for regulation and standards from the government. One more thing that complicates this matter is the large number of IOT-connected apparatuses and devices. As not all the IOT-connected apparatuses and devices have been created in one single country or come from one single source, it becomes difficult to impose local regulation on an IOT device that comes from overseas.

The best solution for technology companies to avoid this challenge is to collaborate with a renowned data centre that carries out its every operation incorporating complete compliance. These issues are slowly being solved by anticipating how to handle and secure the data collected via IOT-connected devices.

With a heap of IOT devices, jamming in the wireless network is the biggest issue and is going to get worse only. For addressing this wireless jamming, test methodologies have been developed by standards bodies for evaluating the operation of a device when other signals are also present.

Let us take the example of Bluetooth. In Bluetooth, due to AFH (Adaptive Frequency Hopping) a Bluetooth doesn’t collect all the channels and drop all those channels that may cause high collision of data. Other techniques because of which collision can be avoided are LBT (Listen Before Talk) and CCA (Cooperative Collision Avoidance). All these techniques improve the effectiveness of transmission. But, when mixed signals are present there in the environment, the effectiveness can’t be known. In an environment with mixed signals radio formats fail to discover each other which ultimately lead to the occurrence of collisions together with data losses.

To solve this challenge, it is very essential to perform coexistence testing for measuring and assessing how an IOT device will function in a mixed-signal or crowded environment. Also with coexistence testing assessment can be done of the possible threat of continuing with the wireless network in situations where there are unintended signals present in the same environment in which the wireless network is operating.

Cybersecurity is the challenge that cannot be ignored as it is paramount in IOT connectivity. A smart device is not at all good if anyone can access the information transmitted or received by it via clouds. Today, the overall surface to attack is comparatively much larger when we compare it with the traditional network framework. The reason is each single IOT device travels through several networks because of which there is a high probability of coming across and picking-up malware while en-route. This makes it easy for the cybercriminals to bypass security measures. There are many IoT-edge devices that are also independent, due to which they fail to evaluate cyber risk and become the victim of the cybercriminals.

To guard IOT devices against potential cyber threats, companies must build their own networks with a statement that only allowed devices can get permission to connect with their network. Also, there should be end-to-end-encryption of data between the servers and the devices.

IOT is an electrifying technology that has a great potential of altering the way we work, play and live. Despite a few unprecedented bottlenecks of IOT, it still bestows innumerable benefits to this digital business world. If we overcome these challenges of IOT then with this incredible technology, we will be able to create a lasting productivity in our offices and homes. 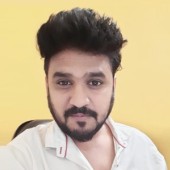 Ankit Patel is a Sales/Marketing Head at XongoLab Technologies LLP! As a hobby, He loves to write articles about technology, marketing, business, web, and mobile. His articles featured on Datafloq, JaxEnter, TechTarget, eLearninggAdobe, DesignWebKit, InstantShift, and many more.

Find out more about @ankitpatel

Testing Transformation in the era of IoT: Are you Prepared?

What Is IoT? Know the Basics and Its Future