IoT stands for Internet of things. It refers to the billions of physical devices that connect to the internet for collecting and sharing data. Any physical device can be turned into part of IoT with the help of wireless networks and cheap processors. This makes the senseless devices digitally intelligent, coupling the physical world with the digital world. The devices in IoT can communicate without the help of any human being involved. These devices can be controlled and monitored from any remote location.

Almost all ordinary physical objects can be transformed into an IoT device and thus can be controlled with the help of internet connection. A typical example of IoT device is a light bulb that can be operated by a smartphone app. A motion sensor is also an example IoT device, as is a smart thermostat in the office or a connected streetlight. IoT devices can be more or less complicated, and small or significant depending on their usage and applications. Only those devices are included in IoT that are generally not expected to be having an internet connection, for example, a light bulb. Thus, a computer and smartphones are not considered as IoT devices.

The Internet of Things applications are in manufacturing, defense, infrastructure, logistics, insurance, food services, healthcare, utilities, smart cities, connected homes and smart buildings, banks, retail, agriculture, and transportation.  Hundreds of companies and businesses all over the world have linked their activities to IoT devices to increase their efficiency.

Internet transfer protocols are using for sharing data from one IoT device to another through an internet connection. The devices’ sensors are linked to data networks, and IoT platforms bridge these links. However, to make their devices successful, companies are ensuring to increase cyber-security to prevent their data from being hacked from the IoT devices.

The sensors or devices are working to gather the information first from the environment. I utilize “sensors/gadgets,” because many sensors can be packaged together or sensors can be a piece of a gadget that accomplishes something other than sense things. For instance, your phone is a gadget that has different sensors (camera, accelerometer, GPS, and so forth). However, your phone isn’t only a sensor.

The next step is that you send the data to the cloud, and it must find a way to get there. It’s a process that your devices should be connected to the cloud by using the various techniques like Wi-Fi, satellite, Bluetooth, low-power wide area networks and many more options there for connectivity.

After the successful connectivity, the software starts working on it. Two significant things would happen that the cloud is so simple to be operating or it too complex as if you are using the computer vision on some video to analysis all objects.

The user interface means that the data is ready and the information is helpful for the user in some way. The user can view the information via emails, notifications, texts or in some other means. Likewise, a user may have an interface that enables them to monitor the structure proactively. For instance, a user should need to check the video feeds in their home using a smartphone application or an internet browser.

Since its beginning, IoT has been a massive success due to its wide range of applications. Data sharing and monitoring have become an easy task with the help of connected devices. The number of connected devices increased from 4.9 million in 2015 to 3.9 billion in 2016. That’s almost one billion of increase in number in just one year. It is expected that the number of connected things would increase to 21 billion by 2020. The applications of these devices are huge, and thus it is being adopted not only by companies and businesses, but now cities are also becoming smart by using IoT connected devices and employing smart technology. Internet of Things is also believed to be a hope in giving a true picture of artificial intelligence through the process of machine learning. It will help in conditioning our environment according to our needs. Like all other internet connections and devices, the IoT connected things can also be prone to malware and hacking attacks. However, to protect these devices from malware and hackers, Norton Routers can be used that scrutinize the internet connection at its entry point into the home. So, to sum up, the future of IoT seems to be very promising and progressing in the long run. Keeping last thing in the mind the IoT device or application testing will become a trend in the QA services providing companies.

The Internet Of Things – It’s Coming!

Application Security Flaws in the Internet of Things

What? Why? Who? And How? Of Application Security Testing 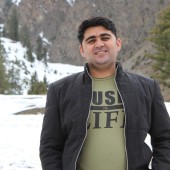 Find out more about @qasimexpert

One Response to “What Is IoT? Know the Basics and Its Future”