Test automation is not a new topic, however, mobile automation has become a trend relatively recently. And the demand for service is constantly growing. It is caused by the fact that handheld mobile applications become more functional, taking on the role of desktop PCs.

Mobile app automation testing is a software verification process that involves performing such basic functions and test steps as running, initializing, executing, analyzing, and issuing a result, automatically, using specialized tools. It is applied in order to smooth and enhance solution’s functionality, usability and consistency. Testing applications on mobile devices is generally consistent with the general principles of testing, but there are also a number of features that are specific to mobile applications testing. In order to understand the features of mobile app testing services, it is necessary to take into account the factors that distinguish a mobile application from a desktop one, namely: specific and diverse operating systems for mobile platforms, different configurations of components, functionality of devices such as communicators, etc.

Due to these factors, the approach to testing applications developed for handheld mobile devices is quite different from the desktop one. A large number of additional nuances and requirements that need to be tested appear, so that to meet the expectations of the end user. Considering increasing functionality and frequent updates it is not always possible for a manual tester to cover all regression cases in a short period of time. And this is where automation comes to the rescue.

The advantages are significant, yet there are enough of…

Autotesting stops working with an operating system update. Therefore, after each update, the OS will have to wait until the tools for developing automatic tests are updated. Difficulty in writing tests. Compare: it takes an average of 8 hours to write one autotest for a web application, and a mobile one takes about 20 hours.

Unstable work of many tools. For mobile platforms, there are many different UI components. By virtue of diversity, it is physically impossible to develop a single tool capable of working with any type of UI, or its use is extremely time-consuming, technically difficult and, as a result, economically unprofitable. Requirements for iOS: all ipa-files must be signed by developers.

Selection of approach and tools for automation

With the automation of web application testing, everything is more or less clear: Selenium WebDriver is the most popular tool on the market that all professional testing teams have mastered. But when automating the testing of mobile applications, there is no clear answer when choosing a tool. However, the main question concerns not the choice of instrument, but the approach. It is the chosen approach that will predetermine the tool for the subsequent development of autotests.

When automating the testing of mobile applications, you can use one of the following approaches:

The first method is simple and comes down to recording all user (tester) actions in the application. After recording the actions, the tool generates a code that it understands and creates autotests.

Cons: the slightest changes in the application will require you to create a new autotest.

Of course, for a complete and high-quality testing of the product, it is recommended to use the second approach. If your testers do not operate any programming language, we advise you to consider the option of attracting a third-party team. Well, approach is selected. Now is the time to pick a tool.

There is a kaleidoscope of automation tools. But it is important to note that some of them are suitable for applications written in a specific programming language. For example, Xamarin is only suitable for C # applications, whereas some tools may cost you an arm and a leg (for example, the Ranorex utility). Therefore, it is very important to weigh the pros and cons of not only the process itself, but also of the tool for its implementation, prior to the introduction of automation.

Appium is an open source, cross-platform tool that helps automate for both Android and iOS. It is one of the most widely used tools for creating automated tests for smartphones and tablets. The undoubted advantages of Appium are ease of use, as well as it support many programming languages: Java, Ruby, Python, C #, PHP.

At the moment, Appium is one of the best solutions in its niche. Designed to help with UI-testing mobile applications.

Calabash works efficiently with .NET, Ruby, Flex, Java and other programming languages. It tests native and hybrid mobile apps. Programmers can have APIs that enable native apps to run on touch screen devices. Calabash involves libraries that permit test-code to interact with hybrid and native apps programmatically. It also supports the framework Cucumber. Calabash is a framework for automating functional testing, which, in essence, is the driver that controls the operation of an application on a device or simulator.

Carrying out automated testing of mobile applications of different types, you can use this tool. With the help of Selendroid, you can conduct web testing, as well as validation of Android native and hybrid apps. Moreover, it holds exceptional capabilities to interact with multiple Android devices at the same time. In addition, this framework can be used for testing both on real devices and on emulators.

Robotium is one of the leading frameworks for automated testing of Android applications.

Ranorex is an easy-to-use, automatic testing tool for developing and managing projects in teams consisting of testers and developers.

Espresso is designed more for white-box testing and was created as a tool for developers. In general, if you want to test only the application, without taking into account its interaction with the system, and there is a desire and opportunity to work with the sources, it is better to use Espresso.

EarlGrey is a tool for automated UI testing. It was created by Google. Performing mobile testing with EarlGrey, experts can create simple, easily understandable and compact autotests. The EarlGrey tool has a lot in common with Espresso, so it is often called Espresso for iOS. This tool is used to test native iOS applications, including Google Calendar, YouTube, etc. EarlGrey can also be integrated with the Xcode test navigator. Thus, you can run UI tests straight from Xcode or via the command line.

Overall, it is difficult to overestimate the importance of the testing process in the world of mobile applications. An error, or bug or flaw in the application within a few hours in the case of Google Play and within a few weeks in the case of the App Store will cost the developer tens and hundreds of negative user reviews, low ratings and no audience growth. In other words – a complete collapse. If you have decided that mobile testing automation is what you need for your project, make sure that the chosen approach and tools meet all your requirements. And be flawless! 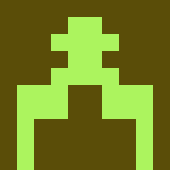 Find out more about @qawerk