One of the most beneficial AI developed tools with a framework for detailed learning is Caffe tool. In the framework, priority is given to modularity, speed, and expression. With a well-built architecture, the tool is beneficial for configuration model support. If you want a framework for optimization eliminating coding, then it is the right choice for you. With a GPU and CPU switching capability, it turns out to be a great option. Different interfaces adaptable within the framework are MATLAB, CUDA (with Command-Line), C++, and Python.

The tool holds some similarity with CNTK and Tensorflow being an “open-source” library available in python language. Though, it differentiates from others since it doesn’t provide an end-to-end framework for machine learning. With a convenient interface, it adds-on to a higher abstraction level. It performs a seamless operation on GPU as well as CPU.

Another competitor is Theano among the top-rated AI tools and frameworks. It is a library of Python allowing different operations for mathematical based expressions like:

In comparison to other tools that rely on using CPU, Theano library relies on using GPU as a transparent network for all the data computations. As a result, it adds-on to the efficiency level than others. If you prefer Amazon web services, it might turn out to be buggy to some extent.

When one searches for a deep and open-source learning toolkit, CNTK appears as a splendid option. The tool runs with Python, C++, Java, and C# languages. The library is among the top-ranked due to its “BrainScript” model language and even the users get to rely on it as a standalone tool for machine learning.

If you’re at a learning stage for AI software or looking to become a mobile app developer, you might be aware of Tensorflow. Among all the AI frameworks and tools, Tensorflow holds wide popularity. The most splendid fact about the framework is that it is among the open-source libraries.

The tool fits best with any GPU/CPU easily and holds compatibility with the server, desktop, and mobile phones. The tool uses languages like CUDA, C++, and Python.

Are you searching for a framework suitable for your numerical or scientific operations? If so, Torch is the best option in algorithm building. It holds a good remark in terms of simplicity, flexibility, and speed. With LuaJIT wrap-up and C/CUDA implementation at a basic level, Torch turns out to be a good choice. Also, it consists of some other programming languages like Lua, C, and C++.

Are you searching for a Python machine learning tool? If so, the Sci-Kit Learn tool matches your requirement. On a commercial scale, it is a widely used framework for AI. One plus point regarding the tool is it comes with unsupervised and supervised machine learning support. Cross-validation is also another eye-catching feature available in the tool. CUDA, Python, C, and C++ are the supportable programming languages within the framework.

AI is here to stay and will be become a bigger part of the software development life cycle.  I hope you enjoyed this round-up of AI Tools and Frameworks. This post only scratches the surface with many more tools out there. 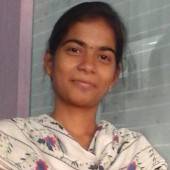 Find out more about @lakshminryn