Sepsis is only treatable if identified quickly. If not, it becomes a potentially life-threatening complication of an infection that can lead to organ failure and even death. Nowadays, AI algorithms analyse electronic medical records helping physicians quickly identify and diagnose sepsis up to 24 hours earlier than with older methods. It’s a huge difference that will help many patients. This same method can also be used to monitor diabetes and high blood pressure as well as many other conditions.

Today, surgical robotics are primarily machine learning-enabled tools which help doctors be in control and more precise when they are working. Such robots are powered by AI which stands at their very core. This makes the surgical experience better and less expensive. At the same time, brain chip implants and mind-controlled robotic arms are helping paralyzed patients feel again as well as be able to move. These prosthetics are practically life-changing to those that need them.

Translations that are now done by online translation services such as The Word Point and though they are already very accurate, they can become even better with the use of Artificial Intelligence. If we program our apps in a way that will use AI, we will be able to get translations very similar to what human speech actually sounds like (and not the gibberish Google Translate usually gives out nowadays). Who knows, maybe AI is the new way for us to get better translations faster and more accurately.

Neural networks powered by Artificial Intelligence technologies are used for delivering smart agricultural solutions. AI helps in monitoring the soil and crop yield, provide predictive analytic models to track and predict various factors that could affect future yields, and so on. For example, Plantix, a deep learning algorithm-based application developed in Berlin, can identify nutrient deficiencies and defects in the soil.

One of the examples of using Artificial Intelligence in rescue missions is finding pieces of debris in flooded areas. Victims of different natural disasters such as floods, earthquakes, tsunamis, and hurricanes can be stranded almost anywhere and AI technologies can help find them. In addition to that, by knowing the exact location of victims, the risk for the rescuers decreases as well.

All in all, Artificial Intelligence may only be at the start of its development but it is quickly evolving into something much bigger. It would be a shame if humanity didn’t use it in all ways AI can be used. 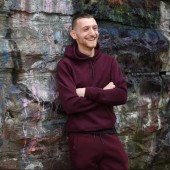 Frank Hamilton is a blogger and translator from Manchester. He is a professional writing expert in such topics as blogging, digital marketing and self-education. He also loves traveling and speaks Spanish, French, German and English.

Find out more about @frank27