Software engineering is the application of engineering theories to the development, implementation, and design of the software. It is the field of education that teaches engineering students how to create computer and internet applications, video games, and computer security systems for an organisation. Without computer software, computer hardware becomes a cluster of overpriced silicon, plastic, and metal. Some say computer programming is an art; others consider it as a science. But for most software engineers, computer programming is both an art and science combined. Whichever is true, engineers make it easier for the majority of people to use technology with just a few taps of their fingers. Thanks to basic software engineering practices, scientific theories, and grand creative visions are now accessible even to the most common man. This post looks in detail at some Software Engineering Skills you should be aware of.

Code testing programs have improved and developed through the decades as more teams create strong protocols and built automation features to implement them. It is essential for codes to undergo rigorous testing to turn rough first drafts into completed and polished codes.

Programmers are now using continuous incorporation tools that take the draft codes and start testing it as soon as it is placed in. Good unit tests are placed on each code line so that codes can accelerate. Unit tests are essential to catch errors on the code lines before they stretch out longer. But there’s no guarantee that the codes will be bug-free, but unit tests ensure that the codes are cleared from common program errors.

Repositories Allow You To Fix Your Mistakes

As a beginner in coding, you will encounter countless mistakes in making your programs. Going back, recording and building new code structures may prove more errors than what you expected thinking the original code was a better version.

In this case, control repositories like Subversion, Git, and CVS make it possible for programmers to experiment and improve the codes without worrying about heading in the wrong direction. The repository can track code development and changes. It can allow the programmer to go back to an earlier version of the code in case it presents error messages.

The repositories also allow coders to synchronise updates on projects, tracking the differences and allowing it to combine with other works when the time is right. Without the repositories, teams would have a difficult and challenging task in building reliable codes and would be afraid to experiment with new program applications.

Programmers would not be able to create large or medium software applications without a way to merge all the vast ideas, instincts, dreams, and intuitions into a thorough rational well-planned workflow.

There are different types of programming methodologies that are mostly in opposition to each other. There are software engineers that believe wholeheartedly that the flexibility of agile methods is needed to build good application software. There are others who set aside agile methods because they are too unpredictable and random.

Code must live on

Don’t expect software to be flawless. There is no such thing as bug-free codes. Sure it has limitations and flaws, but age isn’t one of them. For example, IBM mainframes may be running spoils, but the logic behind the software still lives on. People who created the COBOL code have not lived long enough to send a tweet or Facebook status update, but their codes are the foundation of the present applications.

Software applications only have age-related issues when they are no longer well-suited with present-day systems. They can also act up when they don’t have new updates and features in the recent software product. Code maintenance permits old programs to remain useful.

Good engineering is the start of good code maintenance. When teams of programmers build well-written code with sectional interfaces, their project can keep running. Using tools like a CI/CD pipeline can really help get goals finished on time. Software engineering makes it possible for us to leave a legacy to the world so that future generations can improve our work and use the application better.

Software engineers understand that it is possible to create software that has the ability to scan codes and scrutinise poorly written codes and common errors. Good tools can take out careless errors like uninitialized variables or deeper complications such as SQL injection vulnerabilities or buffer overruns.

This is one lesson beginners should consider good engineering. It doesn’t have to be perfect or deep or jaw-dropping. It just needs to be created with careful thought and with meticulous and methodical emphasis on accuracy. This process may not take out all the errors all the time, but it doesn’t mean you’re not going to find them when this process is repeated. You could get close enough.

Perfecting code could take years and years of practice and lots of trial and error. There are many methods in figuring out which code line is behaving erratically and when you finally figure out which code is giving the errors, there are ways to improve and test if it works after you have corrected it.

Even seasoned software engineers and programmers may stumble on challenging code errors from time to time. You probably come across many code errors when practicing your skills in building a program. But it should not stop you from improving your craft. There are many ways to resolve code errors and sometimes the best way to solve it is to simply step away from your desk; take a break to think through your written code. It takes a lot of patience when building a program and sometimes, you may need help from other programmers especially if you have done all the processes of troubleshooting codes. Remember this and the above Software Engineering Skills in your career and it will benefit you.

Testing and DevOps: Organizations and Culture Must Change 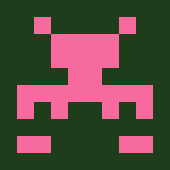 Gabe Nelson is a content specialist of over 7 years of experience, currently working with Semaphoreci.com. Just out of high school he set off crab fishing on the Bering sea in Alaska. From there he went back home to finish his college degree at the University of Montana. He has a passion and keen understanding when it comes to CI/CD. He has written hundreds of content pieces in numerous niches. Currently, he lives in Missouri with his wife and kids.

Find out more about @gabe

One Response to “5 Software Engineering Skills Newbies Should Know”