Why Test Leadership? The Tech industry is evolving faster than anyone is prepared for and with that, roles within the software world are in desperate need to change too, no more so than in the Testing world. With the demand for faster delivery, more complex tech stacks and more fluid ways of working, Testing roles and activities need to move too.

Test Managers as they are currently

One role which has been particularly highlighted in the trend of “traditional roles are dying” is that of the Test Manager. Taken from a 2018 Techwell article, this quote sums up the traditional test manager quite well;

In traditional software processes, test managers are responsible for all management aspects of their team. They dole out tasks and assignments, hold frequent meetings to stay on top of progress, review and approve estimates, and often provide technical guidance as well.

This traditional TM role is no longer effective and maybe not even relevant in a lot of companies (not all!), so there is a need to evolve the role. This is coming from a passionate Test Manager who wants to remain relevant and move both myself and my teams forward.

A siloed Test team who are only involved actively towards the end of a project is no longer the norm, so a TM being the only contact to the test team until the test phase is no longer enough. In some environments, it was the TM who provides that early estimate of the test effort on behalf of the team and will then hold their own team accountable to this value, they decide all resourcing, devise plans and communicate progress to the wider business. Their team left in the shadows until something goes wrong during testing or a defect leaks into production at which point the team are thrust into the spotlight.

The knowledge and accountability for testing and quality should no longer sit on the shoulders of one TM. The role of signing off on the quality of a product should not be the sole responsibility of the TM or even the test team and don’t get me started on the term “gatekeepers of quality”.

The Change to Test Leadership

While in some (if not most scenarios), the title of Test Manager won’t change (at least straight away), the underlying role needs to evolve and be fundamentally different. The role ultimately comes down to the following priorities:

Identifying what your team needs to be, starts with understanding whether you are the type of leader your team would want to work for. Are your team able to do their best work? Are they set up for success? Are you all working towards the same goal? Do they believe in your testing values?

2. Nurturing, coaching and empowering the team

Regular facetime with your team should be an important part of your time in the office. It’s not necessary to have big team meetings every day, but being around for 1-1s (ensuring they aren’t pushed out or cancelled regularly) where the focus is on them and their personal development and not project status. Give your team the confidence to feel they are making decisions on your behalf. This only becomes natural to them if you have worked closely with them to ensure you are on the same page and you’ve earned your trust from your team for them to know you will support them. Coaching and mentoring your team on testing and how to effectively communicate to the wider delivery team should be a key part of your discussions.

3. Being an advocate of your team and also of Testing best practices

You should be your teams protection and biggest cheerleader. When their leader is taking a collaborative decision which they have been involved in making to higher levels or other teams, the teams confidence will boom. Equally, when something does go wrong, protecting the team from the immediate backlash and then working with the team constructively to resolve an issue with an attitude of “we’re in this together” will go a long way to preserve the teams confidence and trust in you.

Also, the other part of your advocacy should be to promote testing best practices to the wider business, find opportunities to get the TestSphere cards out with other areas and discuss all the great work your team and the wider delivery teams are doing to ensure high quality will help raise the profile of your teams work and make everyone aware of what testing involves.

It really is important that the team feel you are on the same journey with them and not focused on your own agenda. Yes you are their manager, but manager doesn’t mean you are above them. Your team are your biggest asset and working with them will make them more valuable

4. Being a servant leader

Management can be a thankless task, but being there for your team has to be your primary objective. Unblocking them so that they can excel should be one of your primary objectives. “How can I help you?” should be a common phrase your team hears from you, and you should always be working with them to improve their testing ability, empowering them to unblock themselves.

The primary goal of an effective leader is something one of the best managers I ever had passed on to me:

Ultimately, this means that your primary focus should be building, enabling and supporting your team instead of being “at the helm” and being the sole decision maker for all project work. If your team feel you have their back, they will feel empowered to make decisions that you would agree with.

That’s All Very Nice But What About Getting the Work Done?

In the modern agile or devops ways of working, it is very unlikely that if you have more than a few people, that they will all be working on the same project or the same features, so there may be a need for someone to be overseeing all progress across potentially many streams. This may not be a Test Manager, it may be an engineering manager or some form of delivery manager where dev/test etc is all combined. But there will still need to be someone who is the Test/Quality champion who can help improve the processes from a test perspective across the teams.

Ultimately, this will require you and your team to devise a process where it is easy for you to keep on top of all the moving parts. This may include devising dashboards which highlight progress and testing pain points for you to assist with. It may also mean ensuring you have the right metrics in place for real time testing progress to be quick to access.

Ensuring testing involvement during the whole project, advocating for Testability and other ways to build quality in earlier should be a focus of the whole team, but having someone driving this from a leadership perspective will help move the team forward.

Can I Still Be A Test Manager?

You can, but the role is evolving. The focus should now on your team and raising the awareness of Quality Engineering/Testing, rather than leaving it as a siloed activity and you being 100% accountable for the quality of the product. 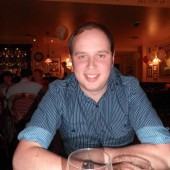 Simon is heading up the Core QA team at EasyJet. In his career he has worked in various roles across IT from C++ developer, Scrum Master, Build Engineer before finally finding his passion in Testing. He's worked in various domains from CyberSecurity, Gaming/Gambling and now the Airline industry. He has a keen interest in finding ways to improve the testing process and ensuring products are released with the highest possible quality. He also loves coaching/mentoring his team to be the best they can, enabling them to use all possible tools and skills to get their job done to the best of their ability Simon is a well known speaker and meetup organiser in the Software Testing world and also a keen advocate for companies to consider Neurodiversity as part of their inclusion programmes

Find out more about @siprior